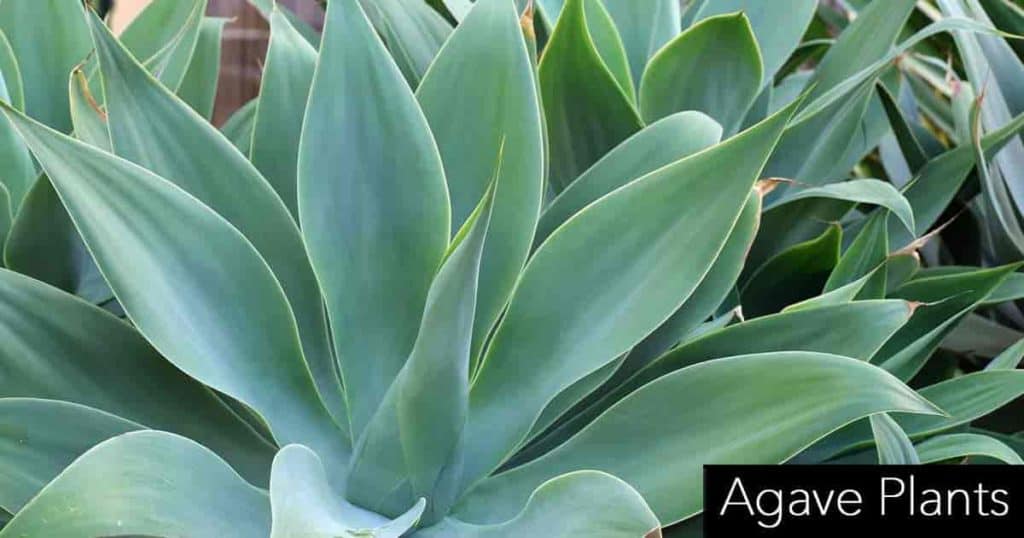 To the connoisseur of beautiful plants, there are many types of succulents.

The casual observer often misses and may not even see the brilliant, subtle, delicate tones of the many different succulents.

What Is A Succulent Plant?

The term “succulent” is often confusing, even to experienced gardeners.

From the Latin origin meaning “juice,” but in the horticultural world, common succulent types are described as a plant with thick, fleshy leaves, and refers to many kinds besides cacti.

Plants that store water and are drought-tolerant resistant are generally included in this classification of “succulents.” Usually, these different kinds of succulents are low-maintenance as well.

… could all be considered “succulent type plants.”

The common types of succulents described in this article are not cacti, because none of them have the primary characteristics of the cactus family, which are:

The rosette succulent plant types you will see are:

Look At The Flowers For The Succulent Type!

The flowers give clues to the genus of the type and kinds of succulents you are looking at.

Check out the PlantCareToday list of Low Light Succulent Plants

The jade has oval, thick, juicy leaves and the Crassula is a popular garden and houseplant plant.

In warm locations, the jade takes on tree-like proportions. In December masses of pale pink flowers covering the Jade tree.

Check out the jade look-a-like – Elephant Bush: Growing and Care Of Portulacaria Afra

Bailey calls attention to the Latin pronunciation [a-lo-ee’] and for English [al’o].

Mention the word “Aloe” and one thinks immediately of the common succulents of the Aloe vera plant family.

However, there are over 500 Aloe species. They do not originate in central Mexico but across Africa and the Middle East.

Another is the attractive Aloe polyphylla known as the Spiral Aloe.

One group of the Haworthia species have juicy leaves and displays translucent areas at the tip. For example, Haworthia retusa (star cactus) and Haworthia truncata.

Another group of Haworthia plant species has:

In their native habitat, plants become covered with sand. The little windows in the leaves allow light into the center of the leaves.

These pretty plants have:

The name meaning “mid-day flower,” referring to the fact that many succulent flowers do not open until around mid-day when the sun is high.

A clock could be made to correspond to the various succulent species each blooming at a select time of the day.

These plants hold water and are very juicy. The usual watering schedule for houseplants will kill them with overwatering.

Most succulent types thrive on pure neglect. Botanists do not classify a majority of these plants as Mesembryanthemum but place the succulent species in several genera.

Those known as the “Tiger-Jaw” Faucaria tigrina have large hair-like teeth on the leaves. Those difficult to distinguish from the surrounding rocks are called living-rocks, stone-plants – Lithops and Pleiospilos.

Some have pustules which appear like crystals on the leaves like on the common annual ice plant, Cryophytum.

Don’t forget the unbelievable baby-toes, Fenestraria. These look like clusters of small cylinders with a window-like membrane at the top.

Most bear flowers with numerous, hair-like petals and numerous stamens.

Predominant are golden yellow flowers, but you’ll find some white, others with brilliant crimsons, oranges, and roses only seen in the world of nature.

The Starfish plant is a group of strange African plants lacking the usual leaves; the green branches, often four-angled, function as leaves.

The most common is Stapelia variegata (also known as Orbea variegata). The plant markings vary greatly, on the 2″ – 3″ flowers. Stapelia gigantea, however, produces flowers up to 10″ inches across.

Flies lay eggs in these giant flowers mistaking them for spoiled meat. When the eggs hatch the larvae die for lack of food.

Houseleeks seem better adapted to cool temperatures, even freezing weather. Sempervivums are commonly sold in California and across the United States.

The common hen-and-chickens is Sempervivum tectorum. The plant grows on thatched roofs in England, hence the name house-leek. The species name “tectorum,” which means roof.

The plant produces small rosettes less than an inch in diameter and covered with cobweb-like hairs which connect the leaves.

For more read our article on Hen & Chicks and Sempervivum Care

Aeonium succulents – These Canary Island natives along with adjacent areas share the largest of the rosette type succulents.

Southern California makes the perfect home where plants like Aeonium cyclops can reach several feet tall. They reward us with giant flower clusters over 3′ feet tall.

The flowers are primarily yellow, white, or flushed pink. They appear like Sempervivums and Sedums, but the rosettes stand above the soil on defined branches.

Aeonium Plant Care: How To Grow The Succulent Aeonium

Many species of Sedum succulent types are well-known for their masses of tiny or large foliage and the profusion of yellow, pink, or white succulents flowers.

NOTE: Some Sedum species have been moved to the Hylotelephium genus.

An ideal showy, blooming edging plant for Autumn from the Stonecrop tribe are succulent varieties of Sedum spectablie (Hylotelephium spectablie).

For the windowsill indoors try Sedum nussbaumerianum (Coppertone Stonecrop) with leaves of which are bright orange in direct sunlight.

The common name “lawyers tongue” is said to originate from a gardener claiming the white spots “are the lies on a lawyer’s tongue.”

The panda plant Kalanchoe tomentosa is among the most well known.

Most of these plants produce new plants from the notches in their leaves, earning them the common names of:

Kalanchoe pinnata also known as Bryophyllum pinnatum from Madagascar displays leathery leaves and simple or with three to five divisions.

When the flower cluster finishes blooming it becomes a collection of young plants that drop to the soil and begin growing.

Kalanchoe blossfeldiana is a Christmas plant, with large clusters of orange, red or scarlet flowers sitting atop green leaves.

Deeply or shallowly lobed velvety leaves which are felty chocolate-brown or green, up to 18″ inches long

Native to the Western Hemisphere, Agave plants belong to the Agavaceae family.

“Century plant”, the common name,  refers to the slow to bloom Agave americana. The claim of americana booming every 100 years is a myth.

In their own native habitat, it is claimed the plants will flower in 6 years. As conservatory plants blooming could take decades.

Other types of succulent plants to consider include:

Succulents naturally store water when they can to use later during dry periods.

How often do you water succulents indoors? When grown as houseplants succulents thrive with minimal watering when not actively growing.

The season varies depending on the variety.

I read of an individual who “grew” the Kalanchoe fedtschenkoi plant in a sunny window without soil.

He gave the cutting one full tablespoon of water whenever the plant looked ready to die. Sorry, no plant cruelty comments.

For two years the plant got less than a tablespoon of water every two months.

However, plants still formed on the leaves and those small plantlets grew without any issues.

Mesembryanthemums appear to be the most drought-resistant of the ones mentioned in this article.

Good drainage is essential. As a potting soil for individual pots or in a small succulent plants garden, mix in sponge rock (perlite) with a good houseplant potting mix.

If ground mealybugs attack, remove the plants from their pots, wash out the soil and repot with new soil.

Many of these succulent plants live in nature under the shade of small shrubs. Therefore many enjoy bright light but not direct full sun.

The Gasteria and Haworthia prefer less bright light conditions than some others. Give Mesembryanthemums full exposure.

Aeoniums become leggy grown in the atmosphere of a home.

The leaves of Echeverias, Cotyledons, some Sedums and Kalanchoes root easily.

Cut Gasteria leaves into several pieces and plunge the cuttings into a pot of sand.

One leaf section can produce a dozen plants or more.

Echeveria, Sedum, Mesembryanthemum and Cotyledon will all grow from stem cuttings.

Many of the succulent species produce numerous runners or offsets.

Today succulents perform and are no longer considered oddities. They are elegant, practical plants for our homes and gardens. Try some!