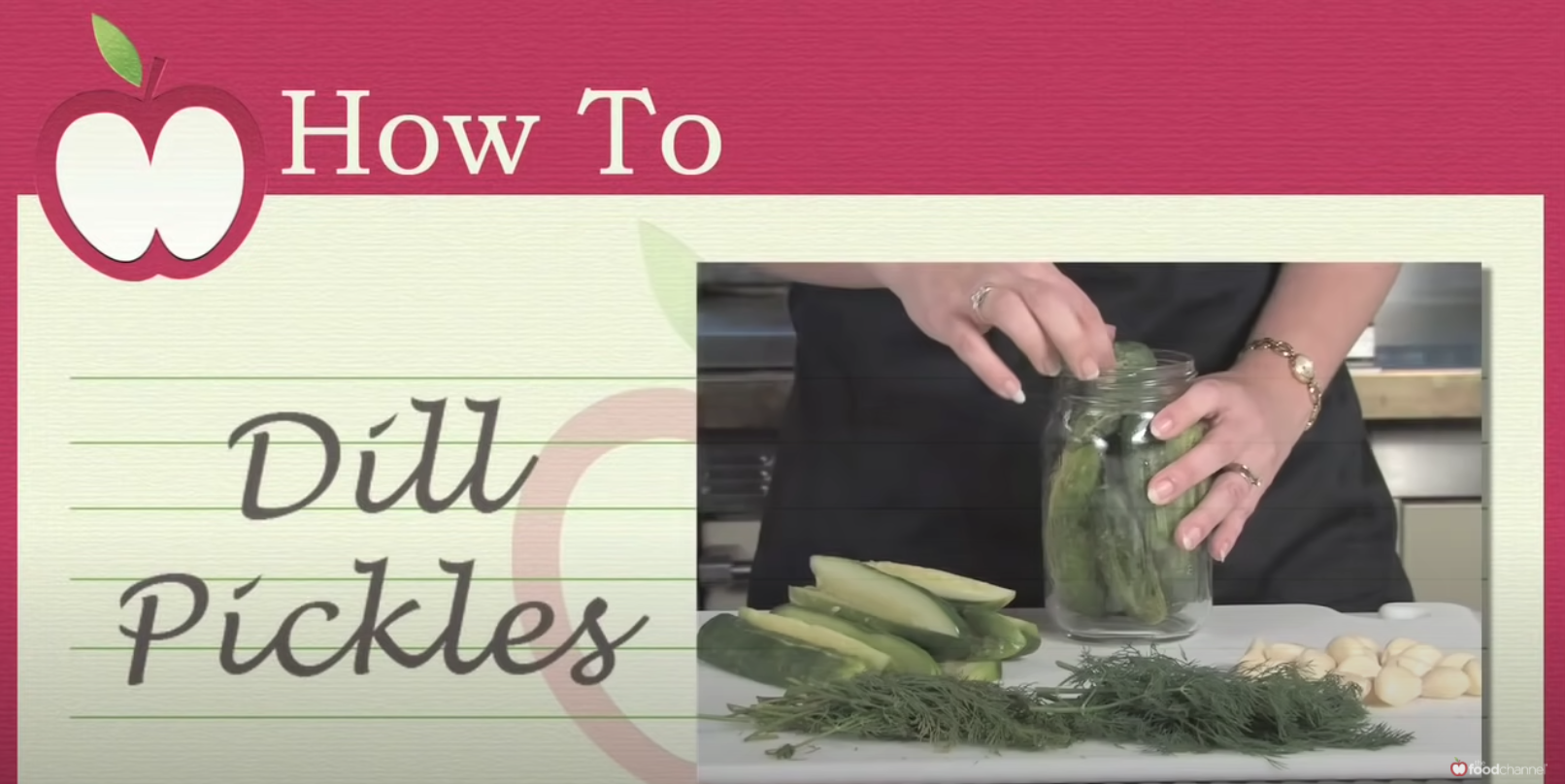 Dill pickles are cucumbers that have been pickled in a brine mixture flavored with fresh dill weed. Dill pickles are a scrumptious accompaniment to main dishes when served as a side dish or a salad, and a slice of dill pickle makes a wonderful topping on a hamburger.

Dill pickles are quick and easy to make, but you do need to be patient. You need to wait it out for the cucumbers to pickle in the brine for a few days before you can actually eat them.

There are many varieties of cucumbers. Kirby cucumbers are the best variety for pickling because they are firm and crunchy, but you can pickle any type of cucumber.

The cucumbers can be sliced into rounds instead of spears. This is useful if you want to serve dill pickles as a topping on hamburgers.

Pickling whole cucumbers instead of cutting the cucumbers also works, but they will take an extra two to three days to become fully pickled. When pickling the cucumbers whole, prick a few holes in the skins using the tip of a sharp knife. The holes allow the cucumbers to absorb the brine.

These dill pickles last for up to six weeks in a sealed container in the fridge.

Select a small cucumber variety, like Kirby cucumbers. Large English cucumbers and other salad varieties aren’t suitable for pickling because they are too soft.

For the best results, use the freshest cucumbers available. To be sure that you are buying fresh cucumbers, look out for the following:

The balance of sweet and sour can be adjusted according to personal preference. For more of a sour tang, increase the amount of vinegar and reduce the amount of water by 1/2 cup each.

If you prefer dill pickles with less of a kick, reduce the vinegar and increase the water by 1/4 cup each.

The kosher salt and sugar quantities can be adjusted for a sweeter or saltier pickle, depending on your taste.

Use a stainless steel saucepan, if possible. Other materials like aluminum, brass, or cast iron, aren’t suitable for cooking vinegar-based liquids because the acetic acid in the vinegar damages the material.

The brine should be heated just up to a boiling point and removed from the heat as soon as the liquid boils and the salt and sugar have dissolved. Leaving the brine to simmer causes it to evaporate partially, affecting the concentration of the vinegar.

The Best Containers for Pickling Cucumbers

Glass jars and plastic containers are both suitable for pickling cucumbers, but glass jars are preferable because glass is easier to clean and is less likely to contaminate the cucumbers.

If you use plastic, only use food-grade plastic containers that haven’t been used for any non-food items.