Jobs to do in the garden in July 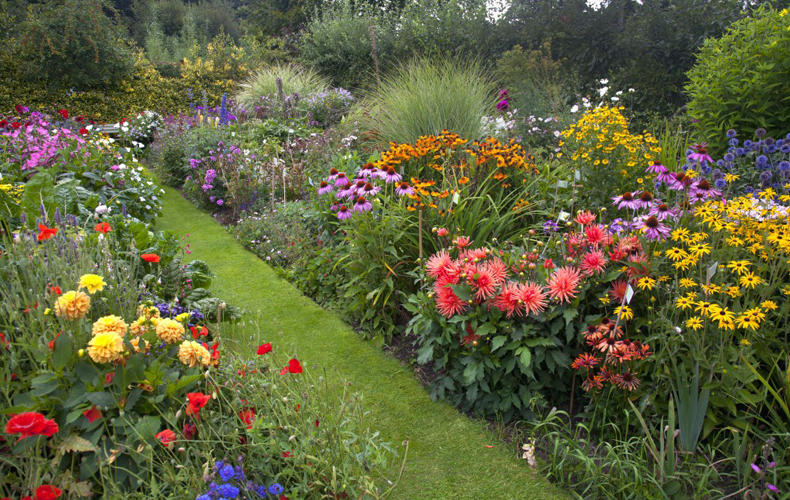 Jobs to do in the garden in July

With borders in full swing, make sure you put your feet up and enjoy them! Image: Dreamstime

Phew! It’s July. Borders are at their peak, but growth is slowing down so you should have time to put your feet up and take some garden notes. Observe what has and hasn’t worked, plants which need dividing and gaps which need filling. Then, after rousing from your recliner to crack on with the ‘Hampton Court Hack’, reward yourself by compiling a greedy wish list of your must-have plants and seeds for next year.

This Nepeta (catmint) has been sheared down to the ground and given the ‘Hampton Court Hack’
Image: Annelise Brilli

Divide congested irises this month after they have finished flowering
Image: Dreamstime

Early flowering shrubs such as this Philadelphus are pruned this month
Image: Canva

Keep watering newly planted trees, shrubs and young plants whilst they are still getting established.

All wisterias require pruning twice a year, once in summer and again in winter
Image: Canva

Boost insect populations by letting some wildflowers bloom in the lawn
Image: Canva

Collecting seeds is a fun and economical way of growing plants
Image: Canva

If your pond dries out not only will it threaten the survival of pond creatures but it will also expose the liner to damaging UV rays
Image: Canva

Why Are My Fiddle Leaf Fig Leaves Drooping?

Why Are My Fiddle Leaf Fig Leaves Drooping?