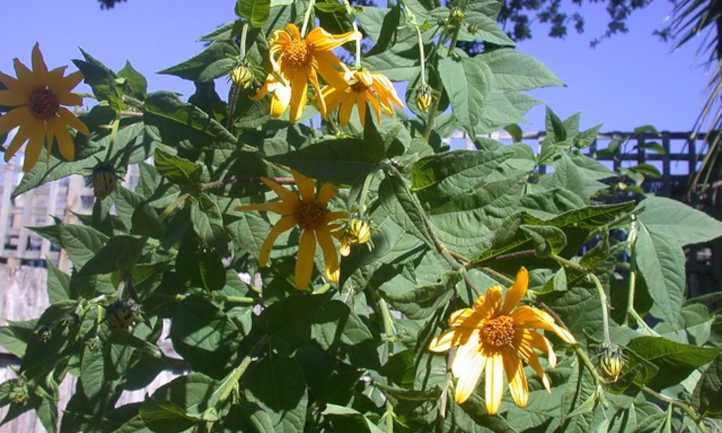 One of the coolest plants out there is the Jerusalem artichoke plant. It not only provides a good source of carbohydrates in its tuberous roots, but it also supplies pollen to many different kinds of bees. And the flowers that bloom on the plant are a lovely sight.

A friend of mine has been growing Jerusalem artichoke in her backyard garden, and they’ve taken off. They’ve almost taken over the bed she planted them in, and they practically burst with happy yellow flowers in late summer. My friend has the benefit of consuming the nutrition from the artichoke tubers and enjoying the lush greenery all year round.

Just like other sunflower species, Jerusalem artichokes are prolific and can spread aggressively. That’s why gardeners won’t have to worry about much other than maintenance when they grow Jerusalem artichokes. And with very few pests or diseases, what’s not to like?

All About The Jerusalem Artichoke Plant

Jerusalem artichoke is an herbaceous perennial in domestic situations as well and grows up to 10 feet tall. Opposite bright green leaves grow from the lower stem and become alternate toward the top. Both leaves and stems have characteristic sunflower glandular trichomes. The flower heads of the plant are compound, with 10 to 20 yellow ray florets that contain 60 or more small disc florets within. Each of the flower heads is roughly 2 inches across. They smell like vanilla chocolate.

These root vegetables have a starchy texture, with a nutty flavor, and a somewhat sweet taste due to small amounts of sucrose contained within – similar to water chestnuts. They are eaten like potatoes, but compared to potatoes they’re highly nutritious. There’s just one drawback, though. They contain small amounts of protein and plenty of carbohydrates – especially the carbohydrate inulin. Consumers should know that inulin can cause lots of gas in interaction with gut bacteria if too much is consumed. Therefore, proceed with some caution. Moderation is key for eating Jerusalem artichoke tubers. It’s possible to cook the tubers in lemon juice instead of water to promote less inulin as you consume them.

Jerusalem artichokes are great for planting near sensitive plants to keep them safe from high winds. While Jerusalem artichokes fell into obscurity for a time, there was a resurgence of interest in Jerusalem artichoke plants in the early 1900s and 2000s. Colonial settlers to Central North America sent the plant back to Europe, where they naturalized. Today, you can find them in a local grocery store.

Locate seed companies that sell tubers. French Mammoth White Jerusalem artichokes are an excellent variety for first-time growers because they’re prolific. Plant tubers of Jerusalem artichokes in early spring at a depth of 5 inches, with each tuber spaced 12 to 18 inches apart. If you’d like to give them room to spread out, provide more space than the recommended amount. Plant the tubers in well-draining, rich soil that is in line with full sunlight. Because the tubers are the main source of propagation, you probably won’t have any luck finding seeds for Jerusalem artichokes. If you don’t want to manage the sometimes aggressive spread of Jerusalem artichokes, you can grow them in containers. Relegate one tuber per pot, though, as any more than that will stress the plant.

Once you have them planted in your own garden, Jerusalem artichoke care is easy. Then you can enjoy both the flowers and all the tubers you want (as well as beneficial insects) for years to come.

You should go about growing Jerusalem artichoke in full sun to part shade with at least 6 to 8 hours of sunlight per day. They have a wide growing range and are winter hardy in zones 3 through 8. Growing Jerusalem artichokes in areas that have temperatures from 60 to 95 degrees Fahrenheit will produce plentiful yields. In zones that get very cold for extended periods, mulch around the base of the plant to protect the plant tubers. Otherwise, they don’t need any protection from heat or cold.

Water your Jerusalem artichokes in the morning, with drip irrigation. Soaker hoses are just as good. You’ll want to ensure the tuberous roots get at least 1 inch of water per week. Water a few times a week in temperate seasons to ensure new plants and new tubers have enough water to help plants grow. As the tubers grow and produce flowers, water just a bit more. Especially in the growing season when it’s hot, water at least once per day to help produce larger tubers in early fall. However, if you miss watering, know that the only downside will be small tubers. Jerusalem artichokes are drought-tolerant. When it rains often, do not water the flower bed where you’ve planted Jerusalem artichokes as they can rot when they’re waterlogged. Too much water can cause a rotting stem base as well.

Jerusalem artichokes grow in just about any soil as long as it’s well-draining. Slightly alkaline soils are optimal for helping tubers begin producing greenery. Poor quality soil types are ok, but providing well-rotted compost or average garden soil to poorer soils will help plants begin growing more easily. The goal is to produce as many tubers as possible for a good crop, right? Amend heavy clay soils with raised bed mixes and agricultural sand to promote drainage. The optimal pH range for growing what some call the “perfect vegetable” is 6.5 to 7.5.

While these plants don’t need any fertilizer at all, they’ll appreciate a little full-spectrum 10-10-10 slow release powder added to the soil they’re planted in. This ensures a good harvest throughout late fall.

To transfer growing energy from foliage and flowers into the tubers, cut the stalks of Jerusalem artichokes down to 4 feet in mid-summer. That way you’ll have lots of good food to consume when you start harvesting.

You can allow a few of the tubers to overwinter in your garden bed from season to season to continue growing this perennial. It is necessary to remove quite a few at harvest time to ensure you don’t choke out other plants. Remove 75% of the tubers and either transplant them to give to friends or consume them. They do not play nice with other plants and will take up tons of space if they’re not controlled.

In late summer, you’ve got tubers in the ground that need to be removed. Let’s talk about how to get them and what to do when they aren’t in the ground anymore.

While you can begin harvesting Jerusalem artichokes from September to December, wait until after the first frost to promote a better flavor. If the ground is frozen at the time you try to harvest, wait until it thaws to remove tubers. When the ground is not frozen, use a garden fork to unearth them. Then, remove them from the stems. If any tubers are damaged during the harvest, either use them right away or discard them. Gently remove the dirt from tubers with a bristly brush. Then let them cure in a warm, dark, dry area for 7 to 10 days before storing. Only wash them when you’re ready to eat them.

After the harvest, store the tubers in the crisper drawer of your refrigerator at 32 degrees at high humidity. Store the tubers short-term in paper bags, for up to 10 days. They’ll keep for 2 to 5 months wrapped in paper towels and placed in plastic bags in the crisper. Sliced and pickled tubers last for 1 month in a jar in the refrigerator. Because high humidity is needed to store them, a root cellar is an optimal place for long-term sunchoke storage.

There are very few common pests and diseases that affect Jerusalem artichokes. You should have no problem getting a good harvest. But let’s talk about a few things that could arise.

If you try growing Jerusalem artichokes in heavy clay, they just won’t have the drainage to grow. Either unearth tubers and place them in soil amended with a garden mix and sand or try to incorporate that in the area where the tubers are planted. If you don’t remove enough tubers at harvest, you’ll have copious amounts fighting over nutrients underground. This will prevent you from being able to grow anything else in the same plot.

There are only two common pests that affect sunchokes: slugs and swift moths. Slugs tend to hang out in areas that are warm and moist, feeding on mostly decaying leaves below your sunchokes. However, they will sometimes climb sunchoke stalks to feed on supple green leaves. Handpick them and put them in a dish of soapy water to kill them, or lure them to a lush death with beer traps. Instead of going for your sunchokes, they’ll drink themselves to death. Some forms of organic slug and snail bait are also very effective. Finally, feed them to chickens or ducks if they become a problem. Most likely they won’t do enough damage to worry about it anyway.

Swift moths lay eggs on the soil surface which hatch and become swift moth caterpillars. These larvae feed on sunchoke tubers and cause damage to a good harvest. To control them, include plants that encourage birds and ground beetles in your garden. They will feed on the caterpillars. Handpick them from the soil as you find them, or water beneficial nematodes into the soil in spring. They will prevent caterpillars by parasitically feeding on them. BT spray is effective against the caterpillars as well.

White mold is caused by the fungal pathogen Sclerotinia sclerotiorum. It is a highly infectious disease that causes wilting on sunchokes from the top down. A characteristic shepherd’s crook results and the leaves turn grey or black and fall off the stem. Prevent the mold by practicing crop rotation among your sunchokes. There has been some success with sprays that contain the fungal control Coniothyrium minitans. However, in intense infestations, it’s best to remove affected plants completely to control the spread of the disease.

Powdery mildew causes white powdery film over the leaves of sunchokes. It’s caused by a fungal pathogen that thrives in dense vegetation exposed to excessive moisture and warmth. Remove the leaves that show signs of powdery mildew infection as soon as you notice them. Prune to promote good air circulation. Neem oil can slow the spread of this disease if you spray it in conjunction with removing infected leaves. Do not top-water as this can create favorable conditions for powdery mildew development.

Q: Do Jerusalem artichokes come back every year?

A: Indeed! They’re so prolific you need to harvest most of them to prevent them from overrunning an area.

A: They aren’t invasive, but they can be aggressive. To prevent back-breaking maintenance, grow one tuber at a time in a container.

Q: How long does it take for Jerusalem artichokes to grow?