Iris Rust: How To Control Or Prevent Rust On Iris Plants 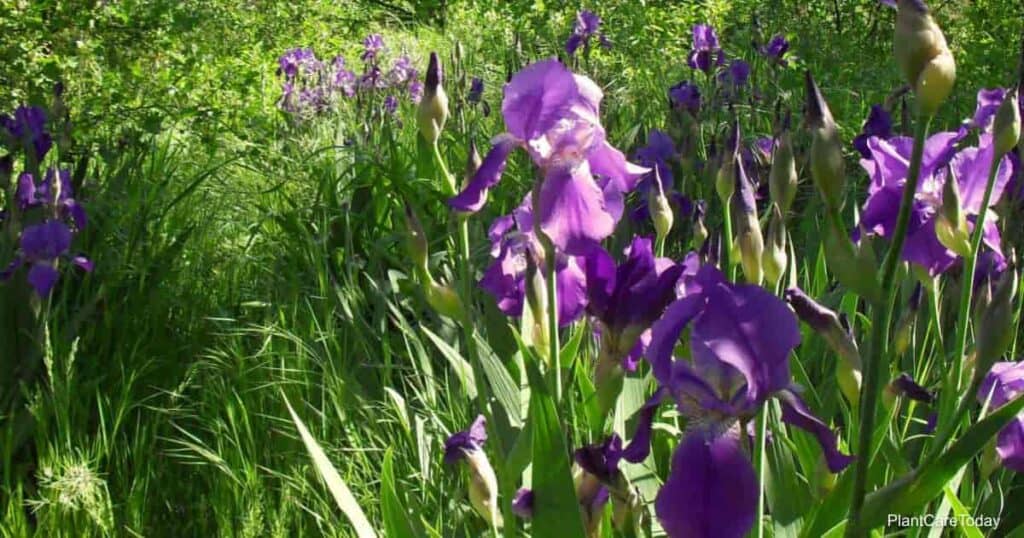 Iris Rust: How To Control Or Prevent Rust On Iris Plants

There are a lot of different iris species out there (300 plus numerous cultivars), and none of them are immune to disease. But while some diseases affect only certain plants or plant groups, some problems affect nearly all irises.

One of these will likely seem familiar to long-time gardeners – rust.

Rust comes from various fungi. The one that attacks irises is a species called Puccinia iridis.

What Is Iris Rust?

Puccinia iridis is a fungal pathogen affecting the irises. It exists in many countries worldwide, including the US.

This fungus behaves much like other rusts and can overwinter in plants if not exposed to heavy frosts.

What Damage Does Iris Rust Cause?

The exact symptoms can vary from one species of iris to the next but still follow a similar pattern.

Visible signs begin with a small, irregular chlorotic spot that develops a raised brownish orange to brown spot in the center.

A yellow halo forms around this spot, which soon becomes necrotic.

It may then become tan or light brown, giving the lesion a circular or oval shape.

While not lethal to the plant, the chlorosis can spread to consume the entire leaf, dying and falling off.

How To Control Iris Rust?

The primary method of fighting off this disease is immediately removing any leaves showing symptoms.

Dispose of any plant matter removed from your irises, especially in the autumn, and don’t throw diseased matter into your compost.

The halo can resemble an iris leaf spot, but the two can be distinguished by whether or not there’s a pustule present.

Keep in mind that this disease can spread between leaves and infect the soil around your plant.

To help reduce this risk, do the following:

If you grow the plant annually, only plant new irises in the same spot, you encounter rust if you sterilize the soil entirely.

Several fungicides can also help fend off this disease.

Look for products containing the following:

These fungicides can usually kill or at least control this fungus. Overuse can lead to the fungus building up a resistance.

Contact your local nursery or horticultural service to learn which products have are most commonly used in your area.

This will help you know which ones you should avoid.

Rust is a preventable disease with proper care and maintenance.

As mentioned, removing any plant debris can go a long way towards eliminating this fungus.

Also, avoid overwatering or high humidity levels, as these can encourage the spread of fungal diseases.