Corten Steel: Is It Safe For Gardens? 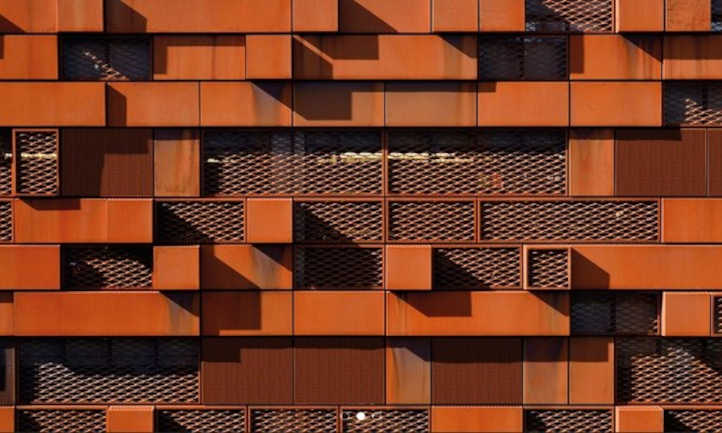 Corten Steel: Is It Safe For Gardens?

Corten steel has increasingly been employed as a viable material for home gardening and commercial landscaping in recent years. Because it is a kind of weathering steel, it has a protective layer of corrosion-resistant patina that gives it versatility along with desirable aesthetic qualities.

Naturally, people have concerns about corten steel and weathering steel in general. While those concerns aren’t unfounded unless there is associated atmospheric corrosion – which we’ll get to later in this piece – the mechanical properties of COR-TEN steel alloys make beds made of this material excellent for growing plants in most weather.

In this piece, we’ll discuss this very topic. We’ll touch on what corten steel is, and touch on the topics of rust and corroding. Then we’ll talk about corten steel planters and the best practices associated with them. So if you’re wondering if corten steel is right for you, read through this piece!

What is Corten Steel?

Corten steel is a type of chromium-copper alloy weathering steel that relies on a wet/dry cycle to build up a protective layer of rust. As the surface develops it changes color over time, beginning with a red-orange hue, and ending with a purplish patina. While most people have a negative association with rust, in this case, it’s what is needed to develop the right look and seal, developing a layer protecting the rest of the material from corroding over time. In fact, corten steel is highly resistant to corrosion and is used in notable architectural projects like the Broadcasting Tower in Leeds, United Kingdom.

The original COR-TEN A received the standard designation for low-alloy, high-strength, and high corrosion resistance from the American Society for Testing and Materials. Newer ASTM grades for corten B steel have the same properties but have received standard designations that indicate it can be manufactured and used in a thin sheet. The metals that compose corten steel are copper, chromium, manganese, and nickel.

Difference Between Corten and Redcor

An association that deserves some explanation is the difference between corten steel and redcor. COR-TEN refers to a hot-rolled steel alloy that is used in the railroad and shipping industries. Redcor is a type of corten steel but is cold-rolled instead of hot-rolled. This cold roll helps stabilize the chemical composition as the sheet forms, keeping it more uniform from product to product.

Difference Between Corten A and Corten B

Let’s also discuss the differences between corten A steel and corten B steel. They’re mostly the same material, but Corten A or the original COR-TEN received the addition of phosphorus, making it more useful for building facades and gas flues. Corten B is weathered steel that does not have this addition and is better for large structures. There are other slight variations between the chemical compositions of the two types of weathering steel, but one important thing to note is Corten A is not used in the development of Birdies corten steel planters.

An interesting part of the development of these planters is they’re completely safe for growing food. The amount of iron-oxide released into the soil during the rust process is non-toxic and will not disadvantageously affect plants.

Let’s examine the topic of rust in corten steel more closely. The protective layer of rust that develops on weathering steels is safe for plants, not only because the amount of iron, manganese, copper, and nickel are non-toxic, but also because these micronutrients are important for growing healthy plants. The protective patina that develops on the steel is useful in this way.

But there are architectural studies that suggest corten A steel could be an environmental contaminant in large amounts, in conditions that speed the corrosion process. Note these studies are not relevant to corten B steel or Redcor, and Birdies beds are made of Redcor. Another thing to note about this study is that it took place on the facade of a large building over several years of exposure. So large amounts of corten A may have a chemical composition that is detrimental to the environment. But in smaller amounts, corten steel material in the right environmental conditions is non-toxic.

As the rust layer develops, the tensile strength of the COR-TEN B weathered steel becomes stronger and more corrosion resistant. Those who live in conditions where atmospheric corrosion is more likely (due to environmental conditions) can allow the corten steel to reach the rust color they desire, then apply sealing materials to help the structure maintain not only the right color but integrity as well.

The main concern most people have about corten steels is their durability. In a raised bed form in the right environment, COR-TEN steels are resistant to corrosion. This is why this steel was chosen for structures in building and architecture (in the Broadcasting Tower in the United Kingdom, for instance) before it was employed in gardening projects.

However, this resistance is largely dependent on the weather and climate in an area. The proper oxidation occurs in optimal wet/dry cycles. Areas that experience high humidity experience several challenges when it comes to the ability of COR-TEN steel to remain durable. Additionally, resistance to corrosion is lower in areas with salt spray – namely in coastal regions. People living on the beach experience higher corrosion rates with their cor ten metal beds.

That’s why those living in these atmospheric conditions should opt for Aluzinc coated galvanized steel beds instead, like the Birdies Original 6-in-1 metal raised bed. Happily, galvanized steel is safe for gardens, too!

However, corten steel beds exposed to fog, snow, rain, or other moisture are protected by the rust formed on the surface of the alloys that make up this weathering steel. And they have the added benefit of a distinctive style that comes from the hue of the protective coating.

How Long Does Corten Steel Last?

As long as the beds made of corten steel aren’t subjected to the intense atmospheric corrosion we’ve discussed up to this point, they will last for years. The rust that develops on them creates a layer that offers corrosion resistance and higher tensile strength. That’s why cor ten is used worldwide in landscaping and even family home gardening.

The steel’s rust layer builds up increased resistance to degradation, which is why it has been the premiere weathering steel material used in construction and architecture for years.

While we’ve touched on the general form of corten steel up to this point, and we’ve talked about its use in building and other architectural projects, let’s discuss the best practices for growing plants in corten steel raised beds. Again, in most environments, the atmospheric corrosion resistance that occurs on corten steel raised beds actually makes them more corrosion resistant than other materials. But using COR-TEN and understanding the process of patina formation will help you determine the best placements and uses for you.

Outside of large building construction and architecture, there are tons of corten steel uses. One of the best developments in the common production of weathering steel is the creation of stylish and striking garden beds. The form in which these corten steel beds come is manifold, with options for consumers that include traditional raised beds (like the Birdies Urban Short 9-in-1), or even small planters that can sit on top of a railing or counter. There are even round planters that are excellent for any urban gardener.

As they rust, the yield strength of the steel alloy regenerates continuously, improving the look and the corrosion resistance of the bed’s exterior as it is exposed to the elements.

Because the alloys rust and the surface materials in the construction of corten steel beds do runoff, it’s best to place them on the earth, or in an area where this runoff isn’t a problem. In business complexes where planters may be placed on the pavement, the weathering steel surface will leach onto surfaces, especially after rainy weather. While this isn’t a structural problem because the alloy regenerates continuously as the metal rusts, any surface that the beds are on will accumulate that run-off material. If you want to know how to clean any developing stains, check out the last section of this piece.

This isn’t a threat to the environment, nor is it a threat to the plants you’re growing as we’ve mentioned. The yield strength of the metal will hold up at the same rate as it would when placed directly on the earth. It’s more of an aesthetic concern because the metal can stain concrete without continuous monitoring and maintenance. Weathering steel that runs off onto a surface should be immediately cleaned up through continuous cleaning or power washing of the surface it’s on. Otherwise, you can place your corten steel beds on rust-colored gravel, cardboard, or simply dirt to prevent staining.

Another interesting topic involved in corten steel beds is the ability for consumers to accelerate the corrosion to their desired style on their own. The beds are shipped straight from the factory and coated to prevent corrosion before they arrive. Once that layer is exposed to weather patterns, it wears off, and the natural process of rusting takes place on the metal surface. But at home, you can make the weathering steel rust synthetically to your desired color.

To speed rust your corten steel bed, combine 2 ounces of vinegar, ½ teaspoon of salt, and 16 ounces of hydrogen peroxide in a spray bottle. Shake the bottle vigorously to combine the ingredients. Wear gloves and goggles. Spray the entire metal planter box. Wipe it with a towel if the texture on the planter needs smoothing. This speeds the development of the patina, and a protective coating forms on the oxidized metal. Repeat the process over time, allowing it to dry between treatments until you achieve the desired look on your metal planter.

The process of accelerating corrosion on your corten steel bed is easy and can take place over multiple applications of the homemade solution. This is yet another benefit of working with corten steel in the garden.

Once you’ve oxidized the corten steel, or once it’s reached your desired oxidation naturally, you can seal the metal to prevent further rusting. There are many sealants on the market that are appropriate for a project of this kind. Polyurethane-based sealants are best. Note that the seal will darken the bed’s exterior. That’s why it’s best to test before you settle on a seal. To do this, select a small area of the bed and apply the sealant. Allow it to dry completely. Then check the color to see if it matches your desired look. If you’re satisfied with the finished look, apply the sealant over the entire exterior of the bed.

Let’s say that you’ve already placed your bed on a concrete surface and you have stains developing. Not a problem at all! You may want to test this cleaning solution on a small area of the pavement to ensure it creates your desired outcome. Locate a bottle of vinegar or find some lemon juice. Pour either (or a mixture of both) on the stain and allow it to sit for several minutes. Then, scrub the area with a wire brush, and rinse away the cleaner. Reapply the solution and repeat the process as needed to remove the stain.