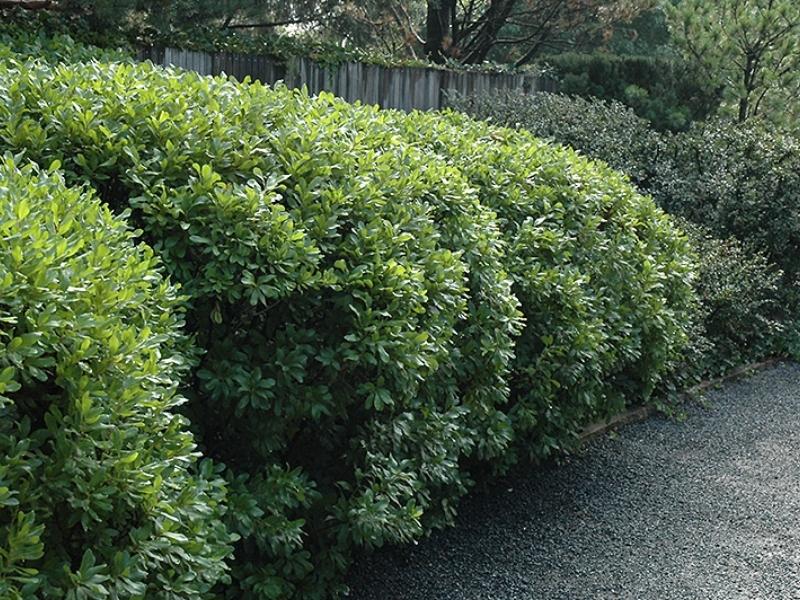 Bayberry is a dioecious shrub, which means each plant has only male or only female flowers. Male flowers are yellowish-green, while female flowers are mostly inconspicuous and have no petals. When a male plant is growing nearby and pollination is possible, female plants produce silvery winter berries with a waxy coating.

How to Plant Bayberry

Bayberry shrubs are best to plant as nursery plants early in the spring to give them time to properly develop. When planting this shrub, use compost, but not a fertilizer, and allow the plants to grow 4–6 feet apart from one another.

Water young shrubs every week during their first year to encourage strong roots. After the first year, the bayberry bush doesn’t require as much attention and can be watered only during hot seasons when the soil is completely dry. Planting bayberry close to tree shade is recommended in hot areas to provide partial shade and to avoid leaving the bushes in full sun all the time.

Growing and Сaring for Bayberry Plants

Bayberry bush is a highly adaptable plant that is easy to grow in the garden even in the hardiest zones in the US, growing well in a variety of soils. The shrubs require little care, as they can survive in both mild weather conditions and warmer climates. In milder climates, a bayberry plant grows well in full sun but can also survive in partial shade.

Taking care of bayberry shrubs involves little effort with limited fertilization and watering required. Northern bayberry requires pruning once or twice a year, while no additional procedures are needed in normal climate and soil conditions.

In milder climates, bayberry bush thrives in full sunlight, being used to the hot climate typical of summers in eastern North America. In hotter regions of the US, the shrub grows well in partial shade. In these hotter climates, where summers are known to be especially long and sunny, consider planting bayberry shrubs near trees to provide some shade.

Bayberry bush is a hardy plant that adapts well to various types of soils. Northern bayberry grows in well-drained, moist soils that have a pH of 6.0 to 7.5. The best soil for these plants is sandy soil, but the bush can also survive in peaty soil.

Bayberry shrubs require only infrequent watering because the plants can adapt to both dry and wet conditions, and can thrive even in poor soils. These plants are used to limited water availability, which is why they have well-developed root systems that are able to provide the plant with enough moisture to survive the heat. Water the bayberry bush only when the soil is completely dry.

Bayberry bush thrives in USDA hardiness zones ranging from 2 to 9, making it tolerant to a broad variety of weather conditions. Northern bayberry grows best in warmer climates, and the appropriate temperatures for this plant should not drop below 18°F. Though these shrubs prefer dry conditions, these plants are adaptable to humidity as well, growing well on riverbanks or pond edges.

Bayberry shrubs are hardy plants that require minimal fertilizer. These plants grow well even in poor soils because of their well-developed root systems and ability to extract nitrogen from the air.

Bayberry shrubs shouldn’t be pruned because they’re slow-growing plants and have difficulty regrowing pruned foliage. Northern bayberry needs only a minimal amount of pruning. These shrubs should be pruned once a year or less, and only when necessary — for example, for rejuvenating old bayberry plants.

Bayberry shrubs are propagated by semi-softwood cuttings in the spring. Propagation can begin soon after blossoms fade on the bush. Make 6-inch cuttings from the side branches below a lead node, then remove all the leaves from the cutting. Put some growth hormone on the end of the cutting.

Make a rooting pot by filling the pot with sand and water. After the water is drained, place the lower end of the cuttings in the wet sand and cover the pot with a plastic bag. Add water to the pot once the sand becomes dry again. Within three weeks, roots should be formed and the cuttings will be ready for planting.

The Chinese bayberry (Myrica rubra), another popular variety of bayberry plants, is native to warmer climates in East Asia. The shrub produces edible fruit that looks like a purple berry. The fruit can be eaten, but the Chinese bayberry is also used in Asia for ornamental purposes — to design parks and recreational zones.

Bog myrtle (Myrica gale) is another, less-decorative variety of bayberry bush that is native to coastal zones in the US. This plant has small yellow flowers and develops beautiful red foliage in the fall.

Common Ways to Use Bayberry

Bayberry bush has multiple uses that go beyond landscape decoration. These shrubs can be used for soil restoration due to their well-developed root systems and ability to extract nitrogen from the air. The plants then deposit nitrous compounds into the earth, enriching the soil. Bayberry shrubs are commonly planted on a riverbank or pond edge to help prevent soil erosion.

The shrubs are often used for landscape design and soil control. These plants’ properties help the shrubs grow well in groups in woodland gardens. The shrubs’ ability to adapt to various conditions — including salty soils and high humidity — means the plants can grow on seashores, riverbanks, and pond edges. As evergreen plants, bayberry shrubs make an excellent addition to winter landscapes and keep gardens green during colder times of the year.

The silvery winter berries produced by bayberry plants have a waxy texture and can be used to make bayberry candles. Bayberry candles have a lovely earthy and peppery scent.

Below are some of the most common questions about bayberry shrubs that can help a novice gardener grow these plants effectively.

How Fast Does the Bayberry Bush Grow?

A bayberry bush grows to its full size in one year. Northern bayberry is a slow-growing plant that might take a couple of years to regrow pruned foliage.

Bayberry leaves can sometimes be used for flavor in cooking. The leaves of bayberry shrubs can be dried and then added to soups and stews to add aroma and enhance the taste of the food. But fresh bayberry leaves are not commonly consumed.

Are the Berries on a Bayberry Bush Edible?

Bayberry plant fruits can also be used in cooking. While the fruit’s flesh isn’t very nutritious, it can still be used to enhance flavor and decorate dishes.

GPOD on the Road: Entry Garden Walk at TBG

What Are The Top Nasturtium Companion Plants?

GPOD on the Road: Entry Garden Walk at TBG

What Are The Top Nasturtium Companion Plants?

Planting Marigolds And Tomatoes Together: What Are The Benefits?